Twisted Metal 4 is a vehicular combat video game developed by 989 Studios and published by Sony Computer Entertainment for the PlayStation. The game was released in North America on October 31, 1999 and was re-released for the Sony Greatest Hits line-up in 2000.[1] Like the previous installment, it wasn't released in the PAL regions.

Twisted Metal 4 received mixed to positive reviews from critics, who considered it to be an improvement over the previous Twisted Metal III, particularly in terms of level design. 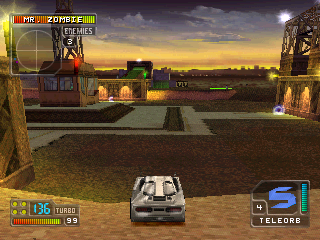