Crash Team Racing was praised by critics for its gameplay and graphics, though the audio was met with mixed opinions. An indirect sequel, Crash Nitro Kart, was released in 2003 for the Game Boy Advance, GameCube, PlayStation 2, Xbox and N-Gage.

A remake of the game, titled Crash Team Racing Nitro-Fueled, was announced at The Game Awards 2018 and was released on PlayStation 4, Xbox One and Nintendo Switch on June 21, 2019.[1][2] 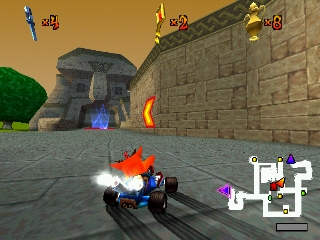