Actua Soccer (also known as VR Soccer) was a British football/soccer videogame of 1995, developed by Gremlin Interactive. It was the first title of the Actua Sports series. The game received a re-edition title Actua Soccer: Club Edition.

This was the first football/soccer videogame to include a full 3D graphics engine. It was released in 1995 for Microsoft Windows, Macintosh, PlayStation and Sega Saturn platforms. For the animations of the players, 3 players of the club Sheffield Wednesday served as motion capture models.[1][2]

Actua Soccer contains only 44 national teams, each containing 22 players.[2] However, in 1996 a new version containing clubs was released: Actua Soccer: Club Edition. It contained 20 Premier League teams from the 1996/1997 season.[2] This videogame became a best seller in Europe, mainly in the United Kingdom. 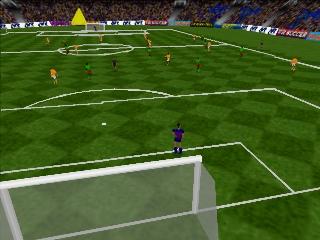